Affiliate links have been used in this post. For more information please see my disclosure page.

Have you ever heard of post orgasm rigor mortis? No? Neither had I. I have a sneaking suspicion that I may have made it up in response to some testing I’ve been doing. Though it’s something I know I’ve enjoyed/endured previously it isn’t something I’d even attempted to name. Until. Well, read on to find out. I don’t want to give way any spoilers.

Rigor mortis occurs when the muscles cease up after death due to ATP depletion and lactic acid which has built up and formed a gel like substance. (Thank you Biology Dictionary.) This can last for up to fifty hours in the deceased, but muscles eventually return to their flaccid state.

An intense orgasm, one which causes an altered state of consciousness, can be described as a Petit Mort, or Little Death. If you’ve ever experienced that wibbly, wobbly light-headed feeling, or even fainted, during or immediately after orgasm this is what is being spoken about. (Find out more about this phenomenon at Step To Health. It’s really interesting reading.)

With this in mind, I’ve deduced that after experiencing a little death my body may well be prone to ceasing up.

It’s not every day you stumble upon (read: make up) a new diagnosis, and this one was so unexpected. Especially given the toy behind the discovery.

I’d agreed to review a product for BestVibe. While I was excited to test something new and different it hadn’t crossed my mind that it would work. The Angels Wings toy is a multifunction clitoral sucking licking and g-spot stimulator. It showed all the signs of being something that tries to tick too many boxes leaving my body failing to notice any of them. My body can be a nuisance when it comes to rigid toys that span the vagina-clit divide. And with the G-spot stimulation too, would I be able to hit both spots at once? And would my body think the sucking motion was any better than “nice”?

I had a back up tester for when it didn’t work for me.

SWL is a connoisseur of clitoral sucking devices and so she was on high alert (and very excited) to receive the toy in the next few days. When the toy arrived, I removed it from its nest of black shredded paper and quickly charged it.

(Quickly= the light stopped flashing before the hour was up.) I was wanting a quick turnaround for the review so would send it off in the morning.

That evening I took my exceptionally un-aroused body, some lube and the toy to my sofa. Flicking through the buttons I tried to familiarise myself with the patterns and intensities before lubing up and inserting. So convinced was I that it wouldn’t be a success I hadn’t brought a towel and so had nowhere to wipe my hands. My slippery fingers struggled to find purchase on the buttons or the bulb of the sucker. Not only was I not horny but I was also grumpy now too, at my own ineptitude. Stomping to the bathroom I returned to try again, getting a grip on both myself and the silicon body of the toy I couldn’t shake the bad mood and plugged it in. Never before have I been so intent on not achieving orgasm.

It was quite the surprise to find my body betraying my foul mood less than five minutes later.

All I’d done was fire it up, insert it, stretch my labia back and position the suction cup over my clit. I hadn’t moved it, just sat passively, legs spread, mentally noting down the way the vibrations worked. I didn’t even notice the orgasm coming until it crashed down over me before the song had finished. (For context, it generally takes me seventeen minutes to go from a cold start to achieving orgasm. How I know this is a story for another time.)

So, there I am, dazed and confused. The inadequate little hand towel soaking up more than just the excess lube on my fingers. The vibrating, sucking and now slick toy held firmly in my grip I wasn’t quite done. Gently using the g-spot stimulator to massage my engorged and needy clitoris I soon melted into oblivion again. Greedy for more, I slipped it back inside, pressed the suction cup back into position and growled through an intense string of orgasms. Convulsing, smiling, laughing and swearing my way through the boundless pleasure until I could take no more.

At which point I decided to clean myself and this surprise package and get myself to bed before I whiled away any more hours. Even with the tongue inside the suction cup it took longer to wash myself than this waterproof, silicon piece of equipment.

The next morning I pinged off a message. I wouldn’t be sending the Angels Wings to SWL after all. At least not for the foreseeable future.

Had my pleasure of the night before had been a one-off?

The toy and my body conspiring against me, taking control and forcing a smile back on my lips. Naturally I decided to try again once the children were in bed. It worked exactly the same way again. Insert, switch on, ensure it’s in the correct position and then wait. But only briefly before stars cloud my vision and I’m inviting Jesus Christ to the party!

This pattern continued for a number of evenings. The speed with which I reached climax meant that I didn’t need to recharge until cleaning up after the fourth night. At this point I decided it wasn’t worth losing power mid wank and attached the USB charging cable. That level of power over my orgasms became quite addictive.

So much for my quick turnaround…

Scrolling forward a couple of weeks. On the sofa, in bed, on the yoga mat, sitting on the kitchen worktop, kneeling at my work desk… if it was possible to sneak some time alone I would be checking and double checking the Angel Wings’ efficiency.

Childfree for the weekend I decided to test it out first thing in the morning. Waking up and immediately getting myself off while keeping one foot in dreamland, that’s a treat I rarely get to enjoy. I even threw in some orgasm torture by adding some clitoral stimulant after the first couple of gentle climaxes. Peeling myself off the ceiling I decided a shower was in order.

This is where I discovered post orgasm rigor mortis.

I don’t normally play in the shower or bath, I find it too squeaky in the water, and that’s a turn off. But I had to wash it thoroughly after its earlier use, so it seemed natural to add the shower to the testing. All in the name of science, to give a complete and accurate picture.

Wash it off and put it down… Turn up the hot for a final blast and, should I?

Well, yes, I think I should…

So, I picked it up, inserted the shaft, positioned the cup and started gently rocking my hips while standing under the steaming shower. The gush came first before the orgasm ripped through me. And then…? I had managed to extricate myself from the toy while mashing the buttons to OFF. I knew I wanted to wash it but realised my efforts would be futile. It tumbled out of my hand, landing on the bathmat. And I just stood there, unable to move, listing toward the edge of the bath, hand still shaped like the most addictive sex toy I’ve encountered.

This didn’t last fifty hours. There were just a couple of minutes of hot water splashing down my spine before I regained control of my limbs. Was it the heat or the pleasure, or perhaps a combination of the two? I have no idea. What I do know is that this toy has given me some of the most intense orgasms with the least effort that I’ve given myself this year. And… I have enjoyed A LOT!

There you have it, my experience with the Angel’s Wings.

I’m so taken with the way it works for me I’ve not even managed to share the technical details with you in my review. I guess now is as good a time as any, right?

It has an insertable length of 14cm, with the g-spot stimulator 10cm along the shaft. For my dimensions this doesn’t quite reach the advertised spot when the suction cup is in position. However, it does get to work on my U-spot which, in all honesty, I hadn’t previously cottoned on to how sensitive this area is. At its widest, the vibrating shaft has a circumference of 10.6cm, the diameter is 3.4cm. The suction cup is 1.2cm in diameter, and the small ‘tongue’ sits inside. I have a plump clitoral hood and need to gently ease that away in order for the sucking and licking to be felt but oh my goodness is it worth the effort. I say “effort” with my tongue in cheek because, well, as you can see in the review it needed very little from me to make this work.

It’s also a quiet toy. I may have bought myself a sound level meter, following on from a number of friends who find the volume of motorised toys quite off putting. The Angel’s Wings tops out at 52.7dB, I haven’t tested how loud I am, but if volume is a concern, I can recommend some great gags to muffle the screams! This being my first review including decibel readings I have little to compare it to, but I will keep testing this too. It’ll be a voyage of discovery for us all.

What are my final thoughts?

Ultimately, I was sent this product in exchange for a fair and honest review. Therefore, the question has to be “Barefoot, would you part with your hard earnt cash and buy this item?” Prior to testing, I can categorically say I wouldn’t have made the purchase. The first use changed my mind entirely, and the weeks of follow up testing have been utterly delightful. I have no reason to think it will fail soon but when it reaches the end of its life, I would definitely invest my own money in replacing it.

…I must be due a little private time. 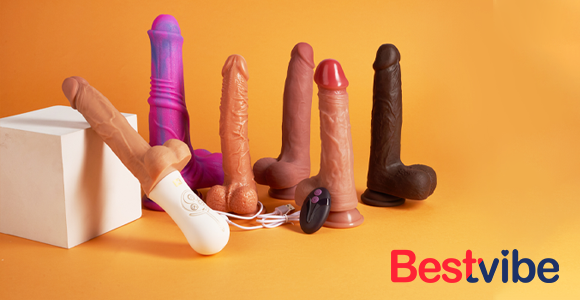 Has my experience of post orgasm rigor mortis inspired you to want to buy the Angel’s Wings multi functional toy? If so you can find it over at Bestvibe for £44.99 (at time of publication). Use the code BAREFOOT and receive this complimentary cock ring.

From the story of how the barefoot sub became the woman she is today, to toy reviews, with a hefty dose of contemplation, a sprinkling of erotica and a LOT of nudity in between, you can be sure to find something to tickle your fancy at A Leap Of Faith.

This site uses Akismet to reduce spam. Learn how your comment data is processed.

Affiliate Advertising: If you make a purchase I may earn a small commission at no extra cost to you.

The Barefoot Sub of A Leap of Faith {2018-2022} All rights reserved. No part of this website may be reproduced or transmitted in any way without prior permission of the website owner.